Localis held a drinks reception with guest speaker Ben Page during the LGA Conference in Harrogate. Ben discussed local government and the challenges and opportunities for the coming period.

Ben recently became Chief Executive of Ipsos-Mori and sits on the Global Ipsos Management Council. He has worked closely with both Conservative and Labour ministers and senior policy makers across central and local government. Ben was also named one of the ‘100 most influential people in the public sector’ by the Guardian. 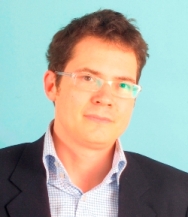